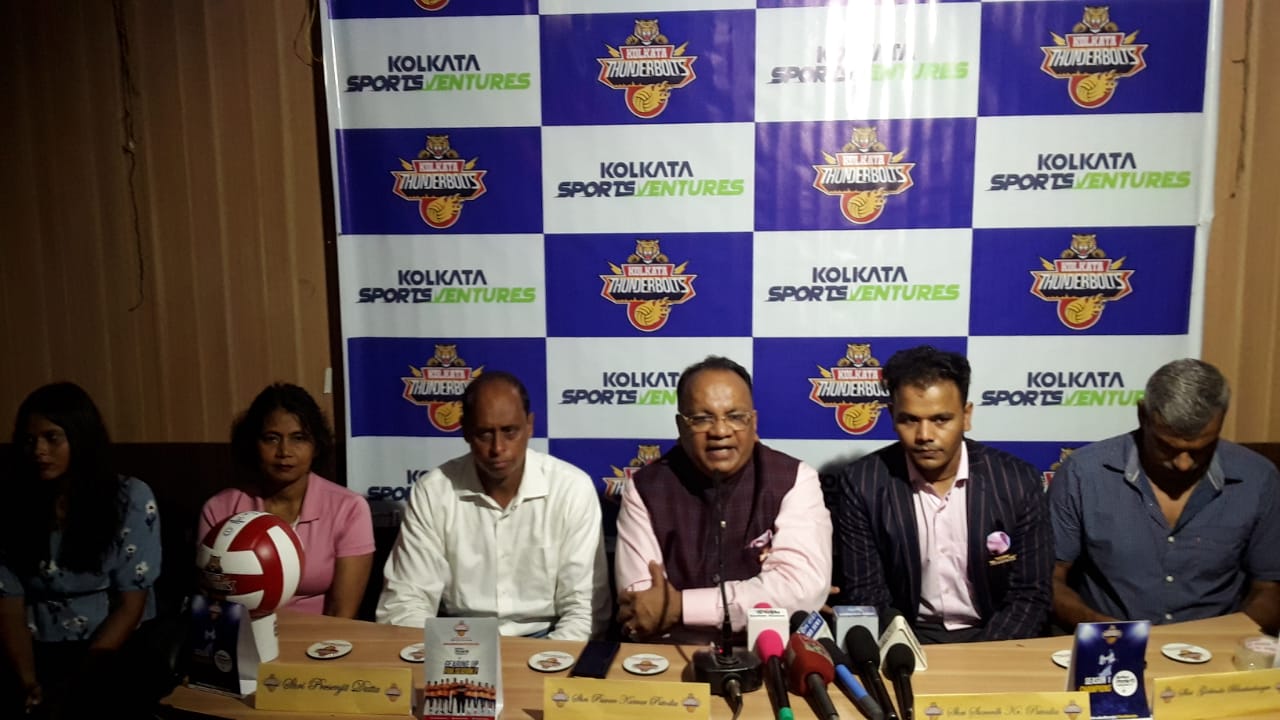 Following the unveiling of the logo in September 2022, Kolkata Thunderbolts is now focused on the announcement of the distribution of volleyballs and nets in villages and in different corners of the city, Assam and invitations has been set out for interest in playing in Thunderbolts Cup Assam. It is open to all tournaments where playing volleyball in muddy fields has become the norm, as apparently it boosts the players’ fitness even more.Addressing the media, Shri Pawan Kumar Patodia, Chairman & Co-Owner, Kolkata Thunderbolts said, “I believe in Indian people’s talent and honor them for their achievement in different domains, with pleasure to promote the sports and encourage the 21st century young citizens of India to come and play in celebrating the spirit of fitness and a healthy life and inspire the rest of our country.”
About Kolkata Thunderbolts: The Kolkata Thunderbolts is the inaugural season champion volleyball franchise from RuPay Prime Volleyball League. The team’s owners are Pawan Kumar Patodia & Vineet Bhandari. The RuPay Prime Volleyball League features seven city-based franchises – Calicut Heroes, Kochi Blue Spikers, Ahmedabad Defenders, Hyderabad Black Hawks, Chennai Blitz, Bengaluru Torpedoes, and Kolkata Thunderbolts competing in a single round-robin format Volleyball league with the first season held in Hyderabad in February 2022. The league was broadcasted on Sony TV Network and garnered a viewership of 133 million country-wide.

Chinese ‘Rooftopper’ Films His Own Death During Skyscraper Stunt

Tips for staying happy during lockdown

They are also our Reader