Kolkata, 28 November 2022: Monday night was pure bliss for Brazilian fans. The city witnessed an inter-school football quiz organized by the Indian Museum, Ministry of Culture, in collaboration with the Honorary Consul of Brazil in Kolkata, Mr. Pradeep Khemka who welcomed to the city the Guest of Honor H.E. André Aranha Corrêa do Lago the Ambassador of Brazil to India. The setting of the evening’s events took place at the Indian Museum Courtyard. Surrounded by majestic buildings of Asia’s Largest Museum, and seated under the stars, the venue was perfect for what was to follow. 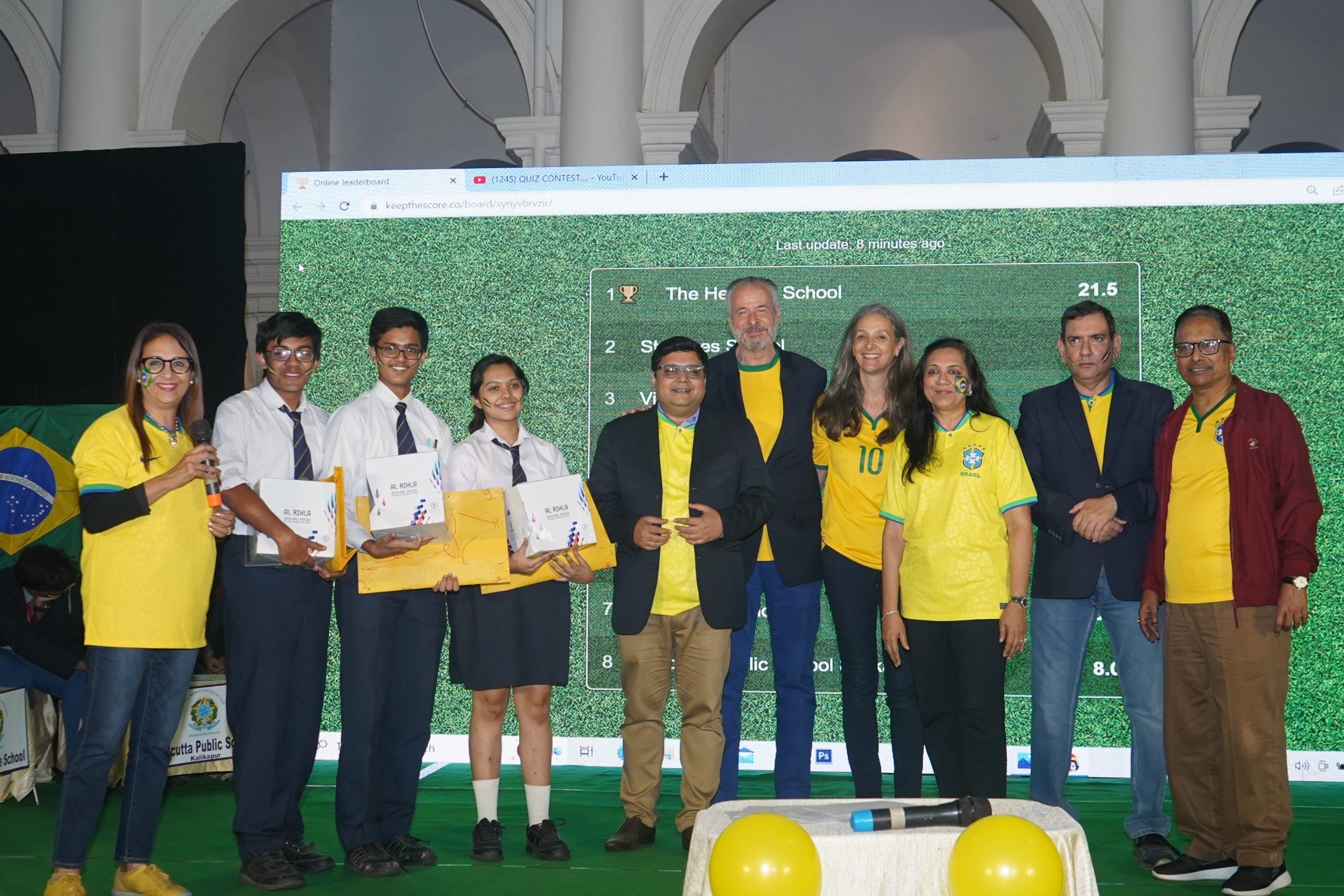 This was followed by an award ceremony where all the participating schools were gifted mementoes by the Ambassador and Honorary Consul and their families. H.E. André Aranha Corrêa do Lago noted that “I am surprised to see that the children are so well-informed and knowledgeable about Brazilian Football history and nowhere except in Brazil have I witnessed such enthusiasm for the game. I am so happy to be here in this magnificent setting.” 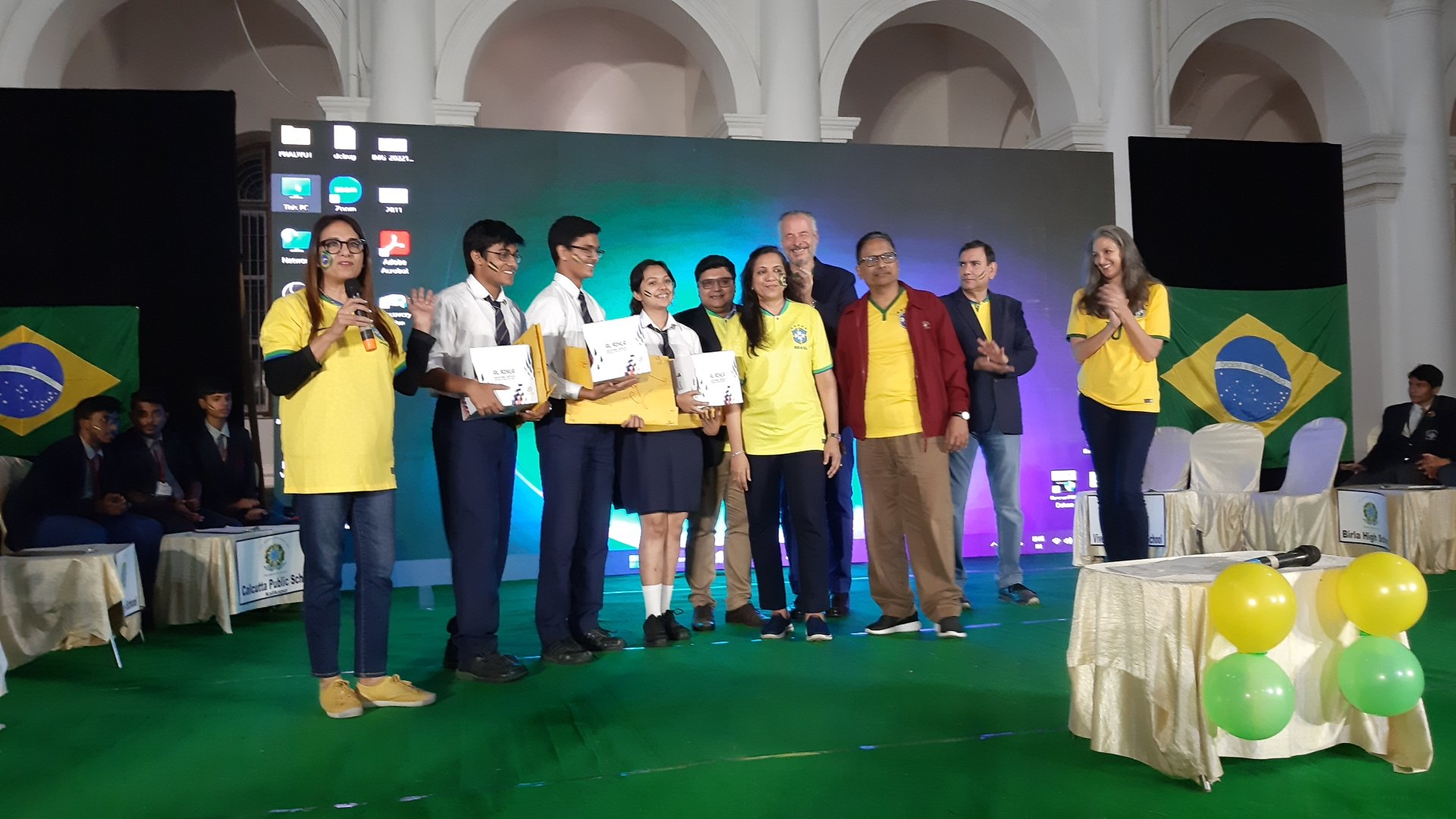 Pradeep Khemka said that “I am delighted to host an event regarding football which is coinciding with the World Cup and covers a wide spectrum from enthusiastic para footballer in Kolkata to the most elite schools in the city, creating a Carnival-like atmosphere with local Brazilians turning out in full-force to support their team here today.” 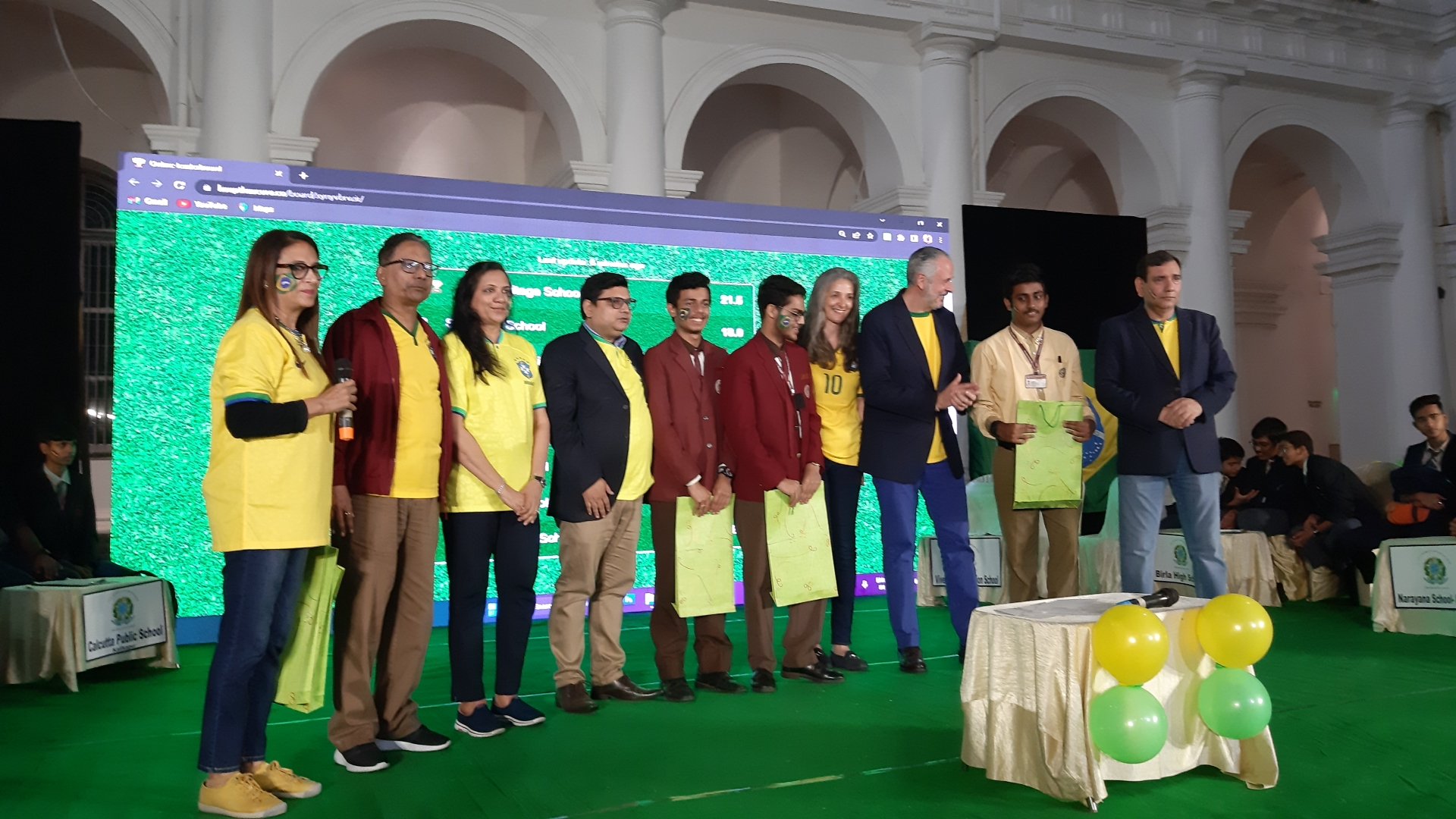 The quiz was followed by the live-streaming of the Brazil vs. Switzerland World Cup match which was displayed on a giant LED screen. The Brazilian supporters enthusiastically cheered on their team and the grounds erupted in an uproar the moment Casemiro fired a volley home giving Brazil a memorable win over Switzerland. 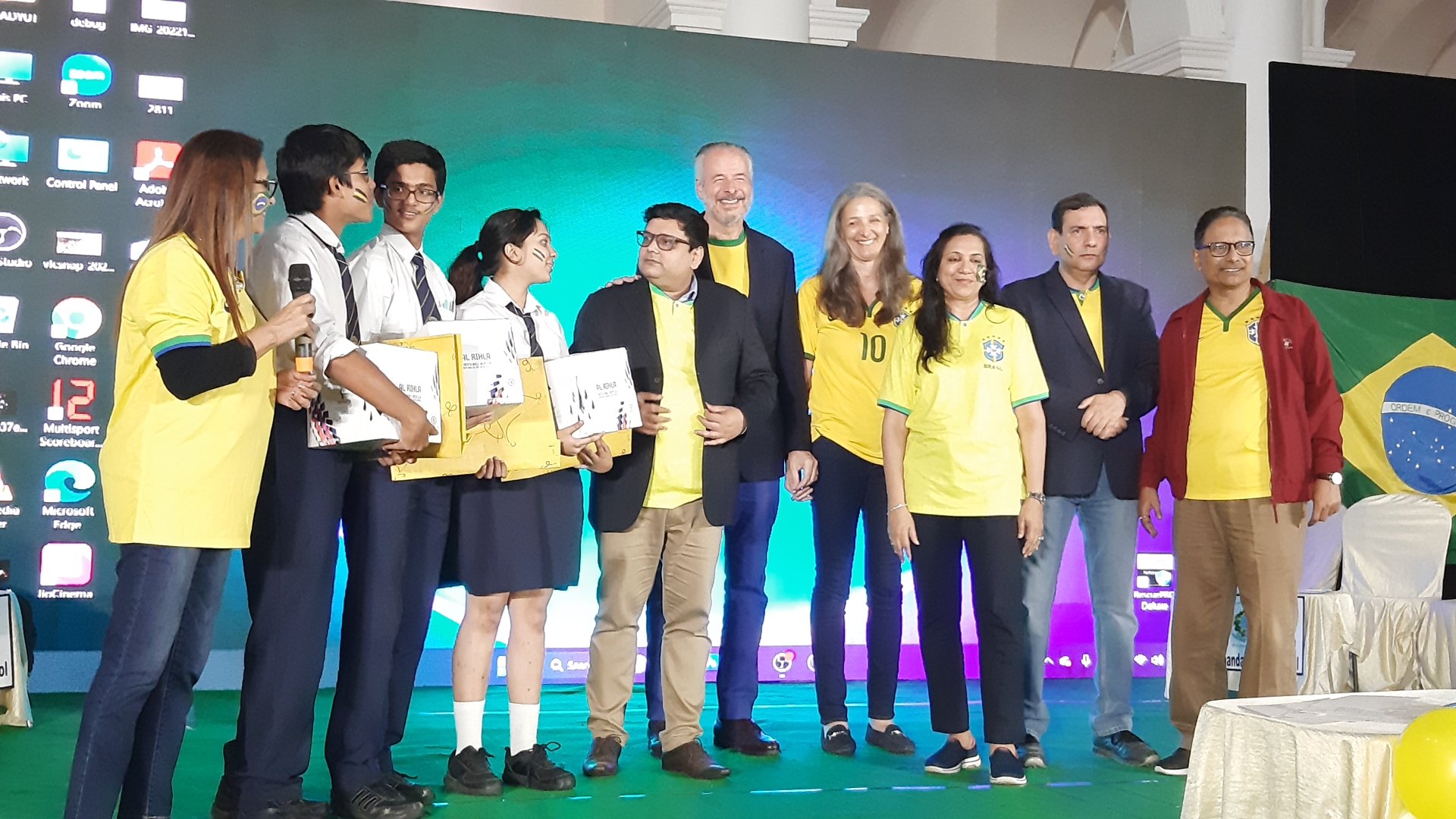 The guests were invited to partake in some delicious snacks ranging from Momos to Sandwiches, Patties, Biriyani, Samosas, Theplas, Aloo Dum and Sandesh with some piping hot tea and cold drinks. 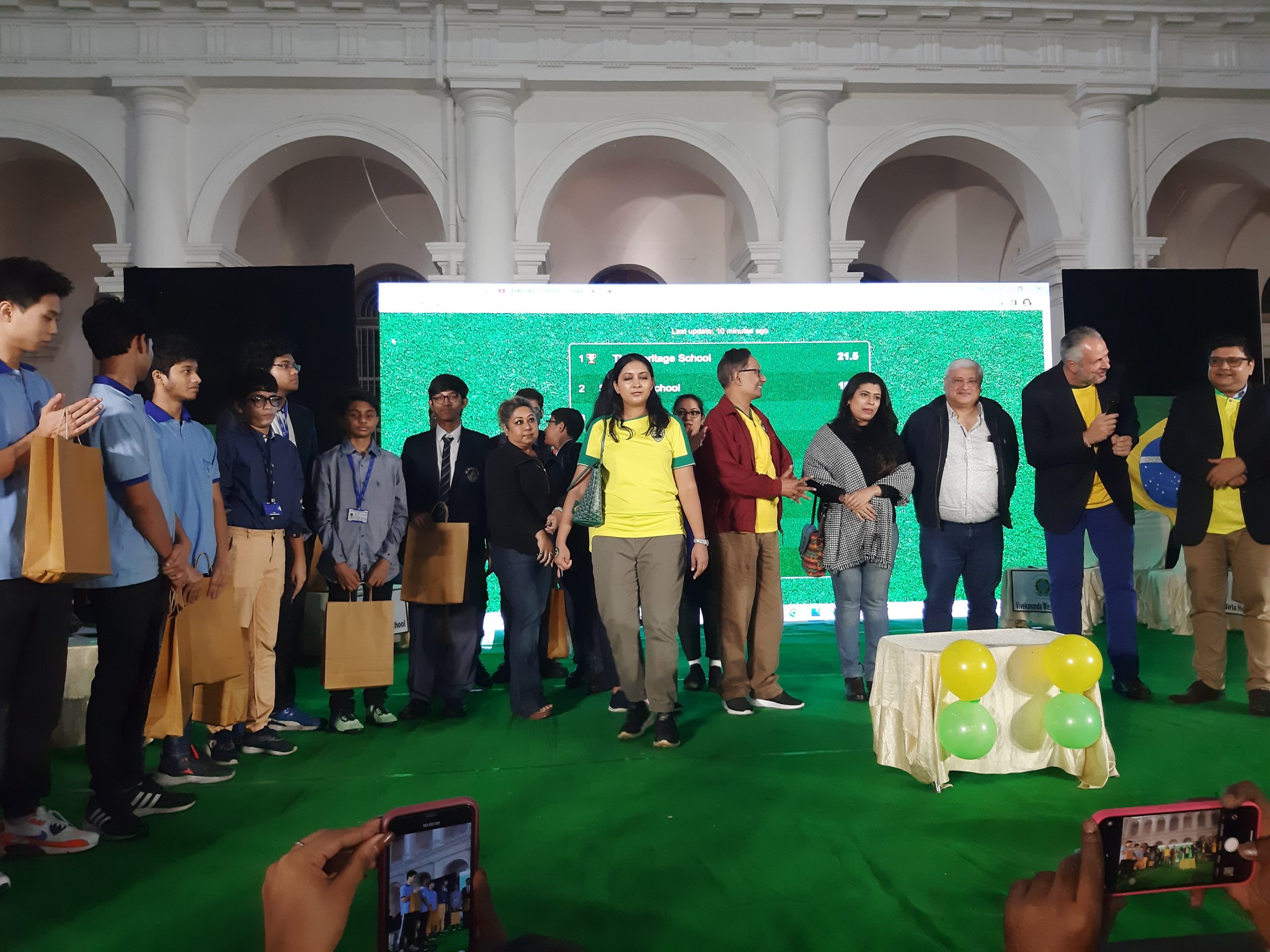 There were a number of dignitaries at the event including a number of consular staff from the Chinese and Australian Missions, Mr. Subrata Dutta, (Sr. VP of the All India Football Federation), Dr. Pranab Dasgupta and a number of sporting club officials and local Brazilian fans.