585
SHARES
3.3k
VIEWS
Share on FacebookShare on Twitter
Share on FacebookShare on Twitter
INDRAJIT AICH: Indian National Men’s Rugby Team beat Bangladesh in the final match of the Asia Rugby Division 3 – South Region tournament played at the Rabindra Sarobar stadium, Kolkata with a score of 82-0 today. “The government of West Bengal would be delighted to host the next Asia Rugby Playoffs tournament which will be held soon and is happy to have hosted this tournament and welcome Nepal and Bangladesh to our wonderful state. We also hope that this tournament has inspired youth athletes all around the state to take up the sport.” Said Mr. Aroop Biswas, Hon’ble Minister in Charge, Department of Youth Services and Sports, Government of West Bengal. 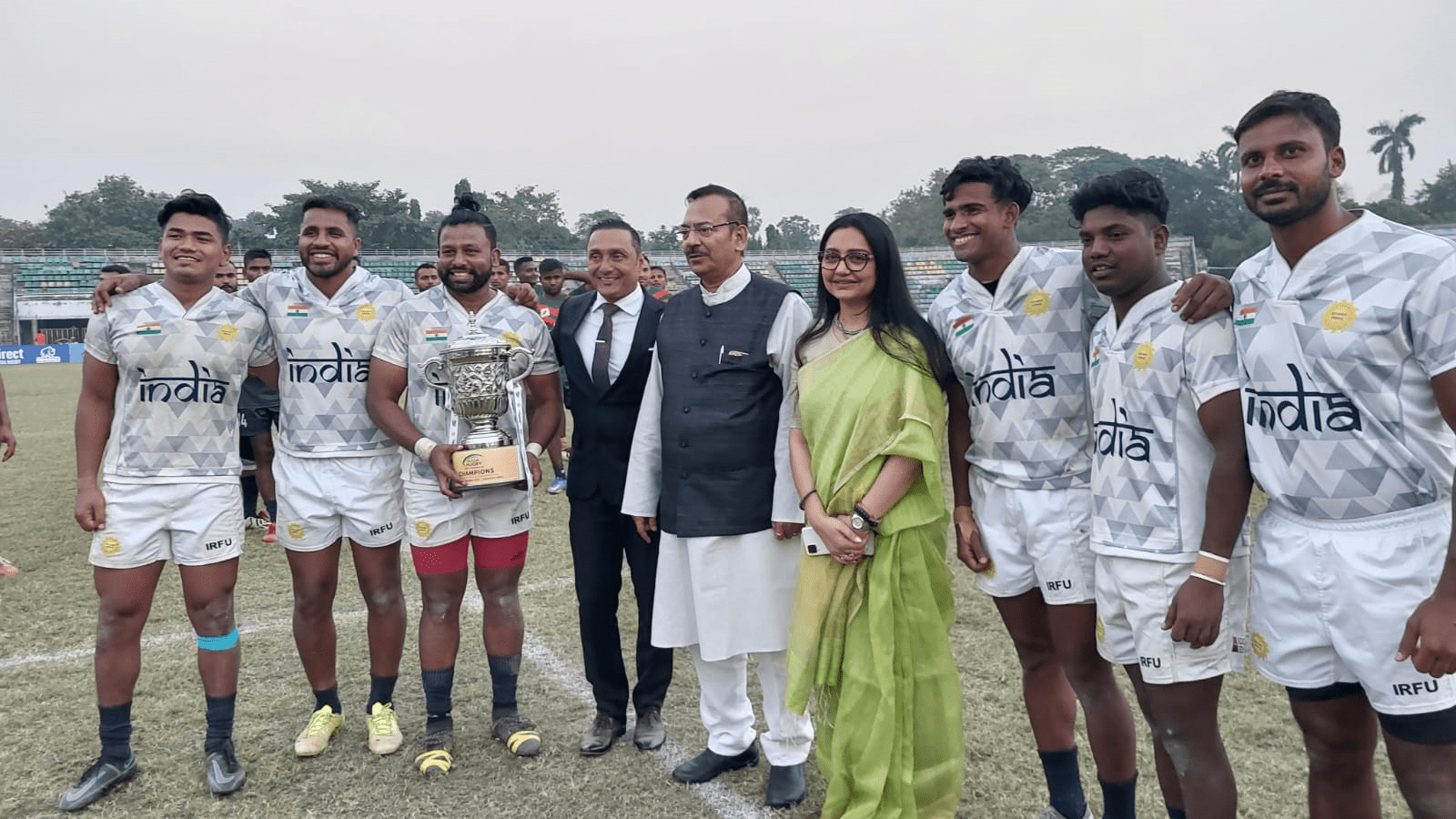 ‘’It is in the ethos of Rugby that if you want to move forward, you have to move forward as a team. There are many members of the team that we have to thank for the great success of the Asian Rugby Championships Division 3 South. The West Bengal government for all the cooperation and affection, the staff of the Rabindra Sarobar complex for a marvellous tournament and excellent facilities, the CCFC club for all their help in conducting the tournament, the Bengal Olympic Association for their support and belief in Rugby in Bengal and finally to Bangladesh and Nepal Rugby for coming across and putting up such a spirited show. We extend our warmest hand in friendship and would be happy to offer any assistance to further the sport in this region. Finally, we would like to thank Asia Rugby for giving us this opportunity by awarding this tournament to India, we hope that we can have many more opportunities as such to host such tournaments in other parts of the country under the Asia Rugby umbrella.” Said Mr. Rahul Bose, President, Rugby India at the closing ceremony of the tournament.
Led by Prince Khatri, the Indian men’s team continued their domination against Bangladesh in the final game of the Division 3 – South Region tournament. Having started strong against Nepal, they continued their performance against Bangladesh as they won their spot at the Asian Rugby Championship Division 3 playoffs through which one team will get promoted to Division 2. The playoffs will feature teams such as Kazakhstan and Iran depending on their respective regional qualifications.
“Firstly, I am grateful for the team. There were plenty of new faces, debutants and a lot of young boys in the squad. This was a milestone that is like a starting point for us to play here at home after three long years. This will just give us momentum to move forward. We are very fortunate to have this group of young lads along with us in the coming competitions. It was another feeling altogether playing at home.” Said Prince Khatri, Captain, Indian Rugby team.
The trophy was presented to the Indian team by Mr. Qais Abdulla Al Dhalai, President, Asia Rugby, in the presence of Mr. Rahul Bose, President, Rugby India, Honorable Sports Minister for West Bengal, Mr. Aroop Biswas, along with Mr. Gerald Prabhu, Honorary Secretary, IRFU. Qualifying for the playoffs is the first step in the roadmap of Rugby India for promotion to higher divisions to enable India to compete with the best teams in Asia.
The Indian Rugby Football Union (IRFU) is the sole governing body for the sport of Rugby in India. The IRFU, responsible for the growth and development of the sport of Rugby across the country, is recognized by the Ministry of Youth Affairs & Sports, Govt. of India and is a full member of the Indian Olympic Association (IOA), Asian Rugby Football Union (ARFU) & World Rugby.